Causes and rates of death in adults with learning disabilities 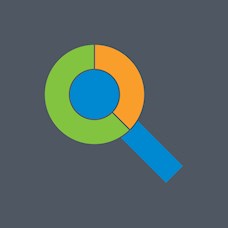 Background
Previous studies have shown that adults with intellectual disabilities experience poorer health outcomes and higher rates of premature mortality compared to the general population. Most recent studies have not split adults with, from those without Down syndrome. Most have not studied risk factors for death. Data on causes of death varies. A better knowledge of these factors may provide a pathway to action to reduce deaths.

Aims
To find out the rates, causes, place, and risk factors for mortality in adults with learning disabilities.

What we did
We counted the mortality rate for adults with learning disabilities compared with the general population. We examined their place of death. We also examined causes of deaths, and how many could have been stopped through better care. We then worked out person and health risk factors for death.

What this means for policy and practice
These findings may help health workers, carers, and policy makers in actions to reduce deaths at young ages. An example is training to avoid swallow problems/ choking. Also, spotting pain to address problems before they become advanced and less likely to respond to treatment. Reasonable adjustments to improve health care would also help.